We compiled a list of statistics surrounding bed bugs to demonstrate how widespread these pests have become in recent years.

This is because the bed bug epidemic is a fairly recent outbreak.

In the 1950s, bed bugs were all but wiped out in the United States.

But with the rise of international travel, and the world opening up again amidst the COVID-19 pandemic, bed bugs have become more prevalent than ever before.

1. Every year, 1 in every 5 households is affected by bed bugs.

3. Bed bugs are 60% more likely to bite the upper torso rather than areas on the lower body.

4. It takes 7 weeks on average for a modern bed bug infestation to be discovered.

5. Bed bugs are more common in homes and apartments, with the 3rd-highest percentage of infestations occurring in hotels.

6. Between 55 and 75 degrees F is the optimal temperature for bed bugs to spread.

7. In recent years, 71% of reported infestations are initially believed to be a flea problem. Another 24% are attributed to cockroaches. (5% other pests)

9. On an annual baiss, around half of all bed bug treatments are performed in the summer.

What Percentage of Homes Have Bed Bugs?

Studies have shown that 1 in every 5 households report bed bug infestations every year.

While bed bugs can live in the wild, their survival hinges on infiltrating a house, apartment, or other residence and establishing a colony. They prefer to make their nests in remote places, like the insides of furniture or cracks in the walls. 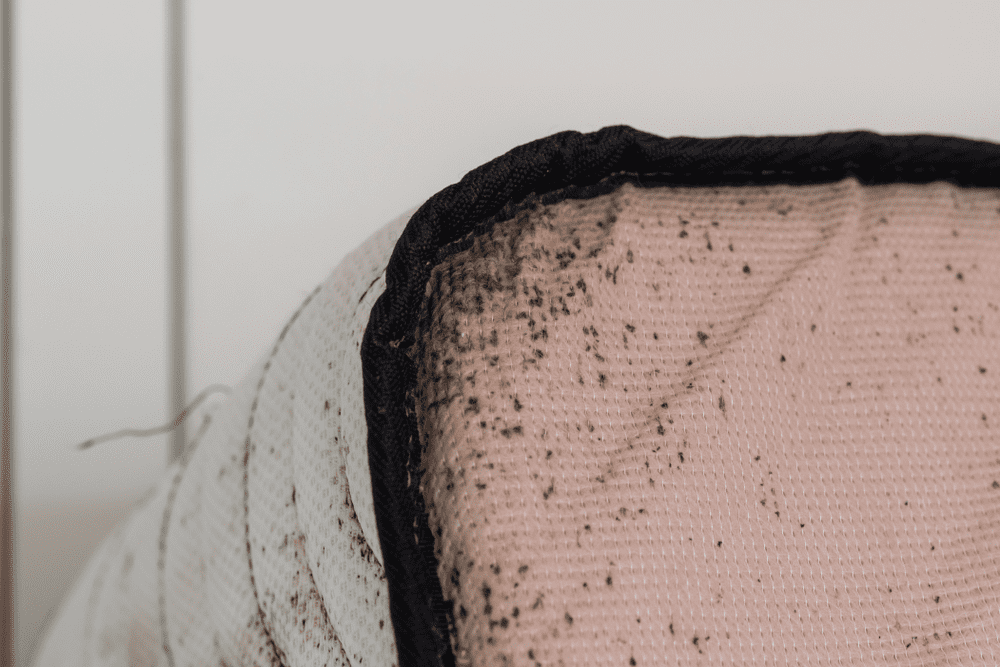 Bed bugs aren’t picky about the state of their environment. While they can thrive in less-than-sanitary areas, houses and apartments that are relatively clean also suit their needs.

This is why highly-rated hotels occasionally have reports of bed bug infestations as well.

As long as bed bugs have regular access to food and hiding, they’re able to adapt to their surroundings in no time at all.

How Many States Have Bed Bugs?

Bed bugs can be found in all 50 states. They are more commonly found in warmer regions of the US, where the temperatures are more consistent.

Below is a detailed table from a global pest management association that shows the percentage of bed bug infestations by region of the United States.

Some states have a higher rate of infestations than others. Based on Orkin’s 2021 Bed Bug Cities list, the following states have the worst bed bug problems:

Note – Feel free to check out our recent article that goes in-depth on the worst states for bed bugs.

What Areas of the Body Do Bed Bugs Bite?

Bed bugs will bite multiple times over the course of a single night. You could have several bites grouped together and they could all have been made by a single insect.

Bed bugs are nocturnal feeders. They feed when people are fast asleep, and typically bite along the upper torso.

(These are the areas with the most exposed skin.) 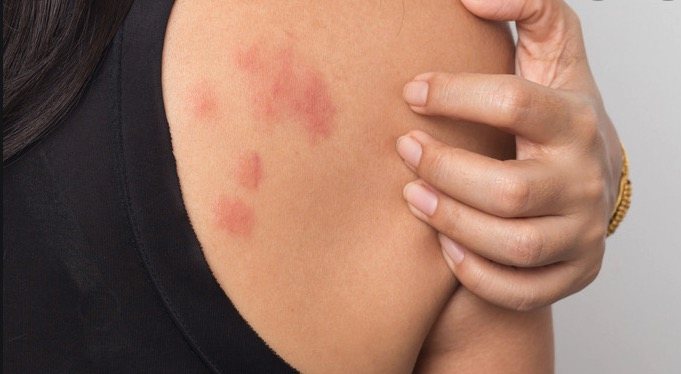 Bed bugs are 60% more likely to bite along the upper body than the lower body.

(Since the lower extremities are often covered by more clothing).

When bed bugs bite, they inject anticoagulants and antihistamines into the bloodstream.

These compounds prevent the blood from clotting while they feed, and also prevent immediate itching.

Symptoms of bed bug bites include red-colored welts and itchiness around the area of the bite.

More severe symptoms can include:

Psychological symptoms are also possible. These can include insomnia, increased anxiety and post-traumatic stress.

How Long Does It Take For a Bed Bug Infestation to Start?

How quickly a bed bug infestation spreads is dependent on several factors. These include temperature, location, how often the bed bugs feed, and how often they are breeding.

Generally, it takes 7 weeks for a bed bug to complete its development cycle from larva to adult.

So… if you’re dealing with any kind of infestation, then it has been ongoing for at least that long. There are 2 types of infestations:

In cases of severe infestation…

It can be hard to pinpoint when the infestation first started. The bed bugs will have developed into a thriving colony by this point, meaning they have managed to elude detection for at least several months.

In a lighter infestation…

Quick removal is still possible. A light bed bug infestation means that, while bed bugs are still a problem, they have yet to fully develop as a group. The infestation is still in its early stages, making exterminating these pests more manageable if you can isolate them.

How Common Are Bed Bugs in Hotels vs. Homes?

Bed bugs can be found wherever people gather, though they are especially common in travel hubs like airports, bus stations, and hotels.

On average, 68% of bed bug infestations are reported in hotels. These cases aren’t exclusive to lower-end motels, as 5-star hotels occasionally fall victim to infestations.

At home, bed bugs are more common. Homeowners will report a bed bug problem in their residence after returning from a trip.

(Usually because bed bugs stowed away in their luggage).

While 28% occur in apartment complexes.

Below are two examples of famous bed bug cases:

In June 2018, Brazilian model Sabrina Jales St. Pierre sued Hilton Hotels after she was bitten by bed bugs in her room. St. Pierre received over 90 bites on her body, which left her traumatized in the immediate aftermath of her stay.

The Lake Louise Chateau in Calgary, Canada was forced to pay $24,000 in damages following a settlement in March 2021. Omar Abdulhak, an Edmonton lawyer, was bitten by bed bugs during his 2-day stay at the hotel. The Chateau had a history of reported bed bug incidents; suspiciously, their own internal investigations never confirmed the presence of bed bugs in their rooms.

Bed bugs prefer living in warm climates, which explains why they are so common in the Southern United States.

In general bed bugs prefer temperatures between 55 and 75 degrees Fahrenheit.

Even in colder regions…

Since they primarily live indoors, cold temperatures are rarely a threat to them.

If bed bugs are introduced to frequent cold, they will enter a period of hibernation called diapause. During diapause, a bed bug’s development cycle completely stops, resuming when the temperature gets warmer. Extreme temperatures are capable of killing bed bugs, though as with most extermination methods, it takes time to work.

Bed bugs will die if exposed to extreme cold.

(Any temperature below 0 degrees Fahrenheit for a period of several days).

Heat treatments are commonly used by exterminators to kill large infestations. Specialized heaters are used to raise the temperature above 125 degrees Fahrenheit, enough to kill adults and eggs.

Steam cleaning can also be effective, with temperatures capable of reaching 160 degrees Fahrenheit.

How Often are Bed Bugs Confused for Other Pests?

Bed bugs are commonly confused with other household pests due to their small size and the similarities between bites from other insects. Pest professionals report that in 84% of bed bug cases, they were originally called about a different pest.

Another 24% of infestations are reported as cockroaches.

To avoid confusion about what pest you’re dealing with…

You should look for the following telltale signs of bed bugs:

97% of all pest professionals were called to deal with at least 1 bed bug infestation during the year.

And the pest industry is confident that the number of cases will only continue to grow.

66% of pest experts agree that bed bug populations are still on the rise, which will lead to a steady influx of new cases in the years to come.

Bed bugs are also considered to be the most difficult pests to eradicate.

This is compared to 12% who think cockroaches are the hardest pests to remove.

What Season Are Bed Bugs Most Active In?

As described earlier, bed bugs are at their best in warmer climates. This means that, like all other pests, they are most common during the summer.

50% of bed bug treatments are performed over the course of the summer.

Summer vacations are another factor contributing to the surge in bed bug cases during this season. Millions of people are out of school or take time off of work to travel, and they may inadvertently bring bed bugs home with them.