Bed bugs are very adaptable creatures. They have evolved to live in almost any type of environment.

They’re so adaptable, in fact, that bed bugs live on 6 of the 7 continents.

Because of their widespread range, bed bugs have evolved into a variety of subspecies.

Each species has its own unique behaviors, which have been developed as a result of their environment.

Before we dive into each of these subspecies…

It’s best to clarify some key details about these common pests.

What Are Bed Bugs?

Common characteristics of bed bugs include flat bodies and reddish-brown skin. They are also nocturnal, only coming out at night to feed.

As their name suggests, bed bugs typically hide in and around beds or bedding materials. By hiding out in bedding, they have closer access to feed on a person after he/she falls asleep. 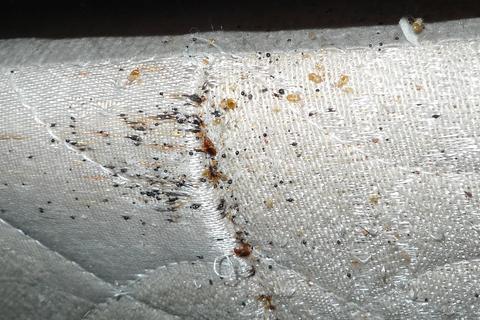 Contrary to popular belief, bed bugs will infest a clean environment as much as a dirty one.  While people might associate bed bugs with filth, there have been several cases of bed bug infestations in high-profile hotels.

A bed bug’s saliva contains antihistamines, which prevent a bite from itching while the insect feeds.

These antihistamines wear off after a few hours, which is when a bed bug bite will start to itch.

Bite marks look like red-colored welts that appear in a cluster formation. With proper treatment, bed bug bites will heal after 1 to 2 weeks.

How Many Types of Bed Bugs are There?

Bed bugs are part of a scientific genus called Cimex. In total, there are at least 11 recognized subspecies of insects related to the Cimex genus.

However, there is only extensive information on 8 species. The rest have minimal, if any, recorded information about them due to a lack of contact with humans.

Note that while all these insects share traits with bed bugs, not all of them are referred to as bed bugs by name.

While these species use other animals as their hosts, they will feed on human blood if given the opportunity.

Here are the different types of bed bugs:

On that note, let’s dive into each species with a little more detail.

When people think of bed bugs, this is the species that comes to mind. Common bed bugs live up to their name by being found all over the world.

In the United States, bed bugs were almost wiped out in the early 20th century. However, with the prohibition of certain pesticides and a rise in international travel, bed bugs were never fully removed.

Common bed bugs infiltrate homes by stowing away in clothes or luggage. Once they settle into a home, they can multiply quickly.

How quickly you ask?

Well a common female bed bug can lay up to 500 eggs throughout its life.

Tropical bed bugs are close cousins of the common bed bug, though there are a few key differences between the species to keep in mind.

The first is their habitat.

Tropical bed bugs primarily live in humid, tropical regions of the world. While they can live in more temperate climates, they are better adapted to living in a permanently warm environment.

A more subtle difference is their size. Tropical bed bugs are roughly 0.2 inches in length and 0.9 inches wide.

This is slightly smaller than the common bed bug, which averages 0.25 inches long.

(Though both species have a similar total lifespan of about 6 to 12 months).

Despite having a unique classification, there isn’t much known about the Colorado bed bug. Functionally speaking, the species is practically identical to other bed bug species.

In fact, there are only a few recorded instances of Colorado bed bug infestations since their official classification in 1925.

What is known about them is they mainly feed on birds, such as woodpeckers and owls. In the Southwestern US, many birds make their homes in cacti. The bed bugs, in turn, make their nests in cacti as well.

Infestations in normal homes occur if an affected bird makes its nest within a residence, bringing bed bugs in with them.

This species of bat bug is most common in the Eastern United States, though these bugs can be found all over North America.

Bat bugs have tiny hairs along their upper thorax which help them sense things around them. This sets them apart from bed bugs, who have shorter hairs on their bodies.

(Otherwise, the two species are virtually identical in appearance.) 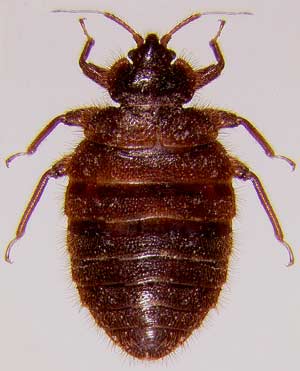 Eastern bat bugs are usually found attached to brown bats, the most common species of bat in the region. They latch onto the bats’ wings and feed on them during the day, when the bats are asleep.

If bats aren’t available, bat bugs have been observed feeding off of small birds.

Unlike bed bugs, bat bugs rarely seek out human hosts. If there is a bat bug infestation in a home or building, it’s often a consequence of an existing bat infestation.

Western bat bugs behave similarly to their Eastern counterparts. The two species may even interact with each other, given how widespread bats are in North America.

It’s rare for bat bugs to leave the nesting place of their hosts. As previously mentioned, though, they may find themselves feeding on human blood if bats are not readily available.

When bat bugs infest a home, they make their nests in secluded, niche areas of the house. To ensure regular meals, they will also establish a colony in human bedding…

Just as a common bed bug would do.

If bat bugs infiltrate a home but remain close to a bat infestation, then they will occupy places near the bats’ roosting area, such as attics or the insides of walls.

The swallow bug is a parasitic insect that feeds on the blood of birds. Swallows are found throughout the Americas, making swallow bugs a widespread pest.

Once a swallow returns to its nest, the swallow bugs will begin feeding. 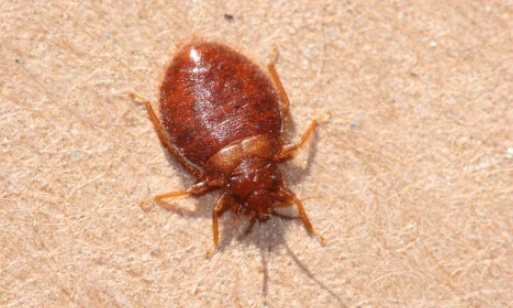 These parasites carry several diseases that afflict birds, including Buggy Creek Virus. While these viruses have no known effect on humans, swallow bug-borne diseases contribute to a high mortality rate for swallow hatchlings.

One sign of possible swallow bug activity is if hatchlings are seen leaving their nest before they can fly.

Observed in the wild, they have been found on various species of bird.

Like other bed bug species, poultry bugs are reclusive. They mainly hide inside chicken coops or barns, keeping close to their food source while staying out of sight.

Poultry bugs rarely ever seek out a human host, even if they live on a domestic poultry farm. They have no taste for human blood, and would much prefer to feed exclusively on chickens.

Chimney bugs occupy the same spaces as bed bugs, and can easily be mistaken for the common bed bug.

That being said, there are key differences between these 2 species.

Unlike bed bugs, chimney bugs are diurnal. This means that they are active during the daytime, and can easily be seen crawling around. They also prefer to live in vacant spaces, such as inside a wall or chimney. While chimney bugs see humans as a source of food, they won’t dwell in the bedroom as bed bugs do.

Chimney bugs are only active during summer when the temperature is warm enough for them.

Once the temperature starts to cool, chimney bugs will go dormant.

This is in contrast to bed bugs, which are active throughout the year.

The following is a list of other species related to bed bugs. While these species have official biological classifications, there isn’t enough information available to describe them in detail.

These species include the following: